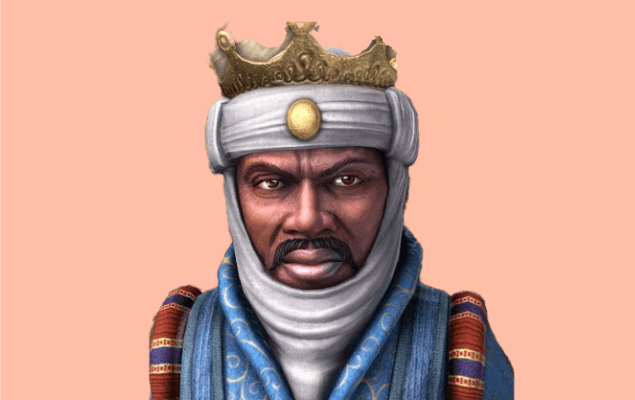 In 1312, after the death of his predecessor, Abu-Bakr II Musa became Emperor and after that, he gained the title of “Mansa” meaning king.

Mansa conquered twenty-four cities and these cities surrounded by different small villages. Mansa Musa is best known for his wealth and one of the African greatest leader.

When Musa Mansa was emperor, Mali has been the largest country in the world to produce gold. Due to the production of gold Mansa was the richest person in history.

Mansa Musa was entirely understood about the importance of education and as well as trade. These all of the resources played a vital role in the growth of Conqueror of Ghanata or Emir of Mali and a dozen others.

Musa was born in Keita Dynasty in 1280 and he was also known as Musa Keita. There is no vital role of his father Faya Laye in the kingdom but his grandfather Abu-Bark Keita brother Sundiata Keita was the founder of the Malian Empire.

At first, Mansa was appointed as a deputy to Abu-Bakr Keita II who went to explore and find the edges of the Atlantic ocean but he never came back. 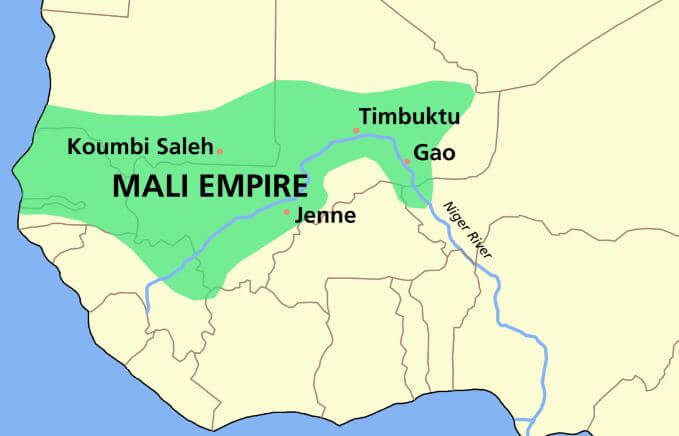 Before taking the throne, Musa sent out 2000 ships to search the Malian Empire Abu-Bakr Keita II. After his predecessor, the throne passed on to Musa and he became the ruler of the Mali Empire.

During the period of Musa Mansa, Mali Empire flourished due to the rich in their natural resources like gold and salt the Mansa period is known as the golden age of West Africa in the educational and as well as economic level.

Musa was a well-known personality across North Africa and other near states of the Middle East. He was a very pious Muslim and famous due to his pilgrimage to Mecca.

Musa started his journey to Mecca for pilgrimage between 1324 and 1325. This journey considered one of the major events that produced deep changes in economic, social, cultural and political aspects in West Africa. 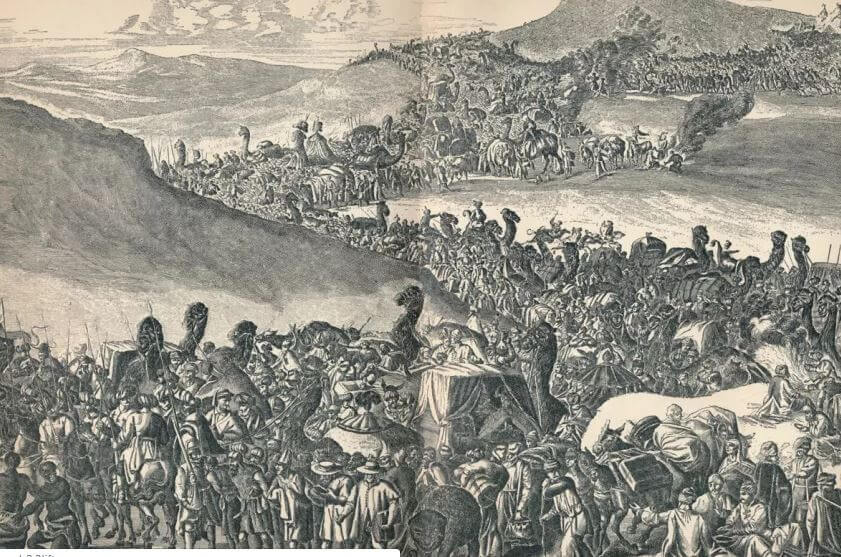 In the past, people used camels, horses, boats, sometimes on foot for traveling purposes. The Muslims used to travel to Mecca for pilgrimage on different animals, sometimes boats or on foot and used to take the route for the journey to Mecca.

This route was known as the “Route of Pilgrimage” started from Marrakech to Mecca through Algeria, Libya, and Egypt.

Musa’s journey traces the major urban areas and primarily focusing on the impact of the journey on Cairo, Tuat and Holy Land.

Before Musa Mansa, most of the kings of Africa used different routes to travel for pilgrimage but only one king named Sakura (the sixth king of Mali) did not follow the customary and old routes when he was returned to Mali Empire. This route is now becoming the great pilgrim route of West Africa. 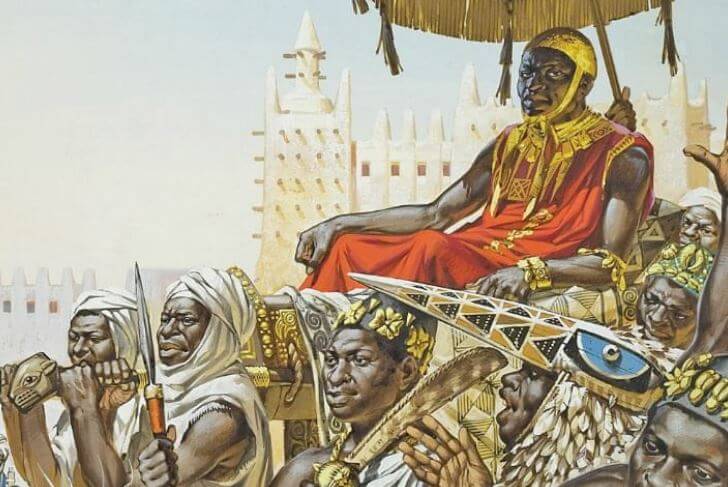 Mahmud Ka, ti stated that a major event that caused the Musa Mansa a pious and God-fearing man and Mansa life fully changed after that event.

He received the advice from jurisprudents to visit the tomb of Prophet of Muhammad Peace Be upon Him.

Musa appealed to all the people of state asking for subsidies and the basic needs of the journey.

The size of the caravan consisting of 60,000 men and a routine of 12,000 slaves. They all dressed in brocade Persian silk.

The length of the caravan was huge and we can estimate that it arrived in Timbuktu while Mansa had not yet left his palace and not to start his journey. They were 8,000 guards,500 women including Mansa royal wife and 9,000 workmen.

Each slave carried a stick of gold weighing between 6 pounds each and caravan of 80 to 100 camels loads of gold each weighing about 300 pounds.

Every Friday workmen had built a new mosque to worship. Musa distributed a bulk amount of gold along the journey. He also donated gold to charitable organizations and poor peoples.

When caravan stops in Cairo, the Emperor gave out a bulk amount of gold that causes a decline in its value and the Cairo gold market recovered and gained his status a decade later.

After that Musa brought bureaucrats, Arab Scholars, and architects when he back from Mecca. Many famous personalities who returned with him were architects Ishaq El Teudjin and he introduced the most advanced building techniques to the Mali Empire.

He designed a new palace named Madagou and builds many new buildings for the emperor. Teudjin also builds a great mosque at Timbuktu and the mosque of Gao. 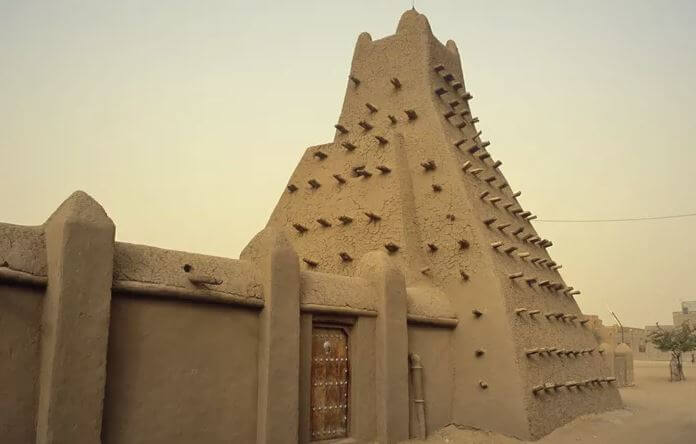 Timbuktu was the largest city in the empire and the mosque which built in the Timbuktu was named the Djinguereber.

In Musa reign, there was a construction of madrasas, mosques and learning center notable Sankore madrasah which was built in Timbuktu.

This era was the real foundation of the Mali Empire and an introduction to urban civilization.

Impact of a trip

Mecca’s trip left a deep impact on African continents either local and on an international level. There had remarkable consequences than in previous decades. Musa Mansa establishes his presence and expresses its wealth in the whole world. 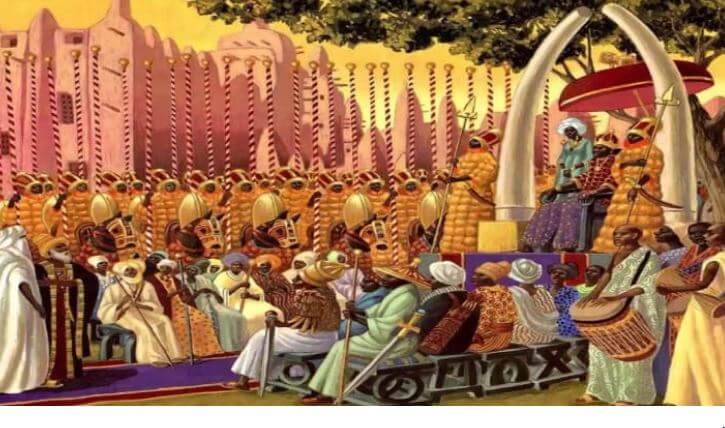 The pilgrimage attracts merchants from other empires to develop trade and this journey made his empire known outside Africa to start trade with Mali Empire.

The other vital role of Mansa to take a step for the prosperity of Muslims. He opened western Sudan for Muslims of different places to start their education and other religious practices. Therefore the era of Mansa is known as the golden age of the Mali Empire.

The Education System in the Musa dynasty was free and he admired knowledge and knowledgeable persons. He opened libraries, universities and invested their so much money for books and to make the center of learning in Timbuktu.

The University of Sankore in Timbuktu was a well-known university and reorganized its staff under Mansa rule with mathematicians, jurists, and astronomers.

The University of Sankore was the popular learning center of Timbuktu and Muslim students from Africa and the Middle East came here to fulfill their own studies.

The University of Sankore had one of the largest libraries and also a capability of housing approximately 25,000 students.

This university is still stand in Timbuktu while the Mansa palace and other monuments have since vanished with the passage of time.

The merchants came in Timbuktu from Egypt, Hausaland and different other African kingdoms. Due to this power of trade, the Timbuktu soon became a center of culture and trade.

The traders from different regions like Venice,Genoa, and Granda have known Timbuktu good for gold and added this area to their maps of trade. There was a golden age of the Mali Empire.

Musa Mansa was the Muslim ruler of the Malian dynasty and he is also known as the wealthiest person of all time.The estimated net worth of Musa was $400 billion and he was capable to afford 6,000 expensive Persian silk dresses for slaves.

He became richest through trade and mining of gold and salt, therefore, he is known as the richest person and great emperor of all time.

When Musa went to Mecca for pilgrimage, his caravan consisted of a large number of slaves approximately 60,000 peoples carrying bags and basic supplies, 80 to 100 camels in a caravan and each camel carrying three hundred pounds of gold dust. 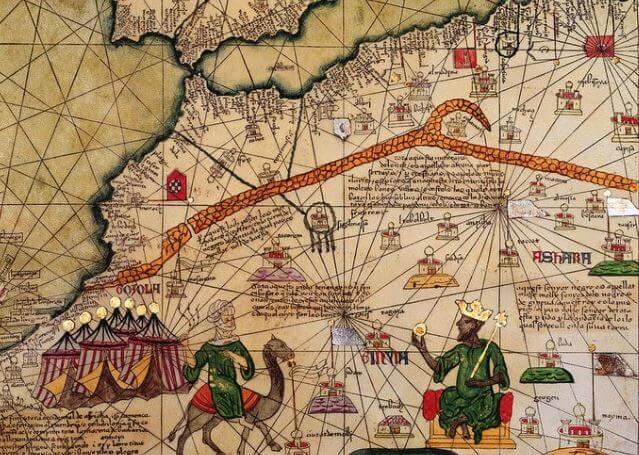 Five hundred slaves of a caravan carrying gold sticks. On this trip to Mecca, Musa gave a huge amount of gold to different Muslim regions.

The death date of Musa Mansa is unclear and it’s highly debatable among modern historians and other Arab scholars. According to a historical record of Mali, his period of rule is approximately 25 years.

After the death of Musa Mansa his son Mansa Maghan rule from 1337 to 1341 and after that Musa older brother Mansa Suleyman become ruler of the Mali Empire and the rule from 1341 to 1360.

These all historical pieces of evidence reveal that the Musa Mansa period of rule is 25 years.

After twenty-five years of rule, he died in 1337 but it is not clear because according to Arab historian Ibn-Khaldun, When the city of Tlemcen in north-western Algeria was conquered in 1337 Musa was alive and in the same year he sent a representative to Algeria to congratulate the vanquishers on their triumph. 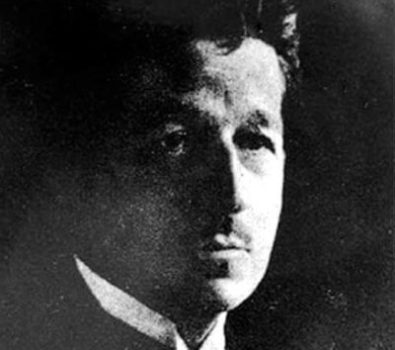