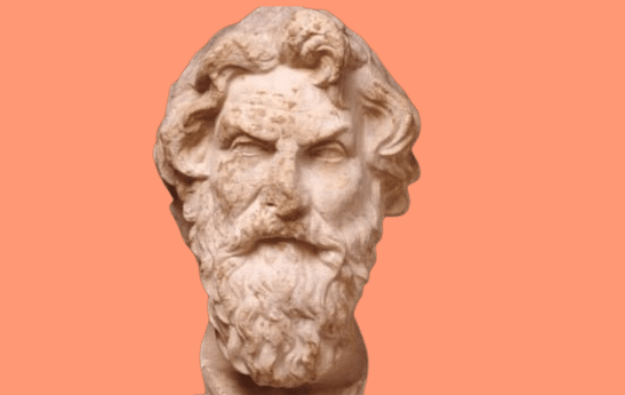 Anaximenes (585-528 BC) the last of Milesian(School of thought founded in the 6th century BC) triad and Greek pre-Socratic philosopher of nature.

Anaximenes flourished in the 6thcentury BCE and he is not so interesting in Milesian school but some advancements appeared in philosophy. 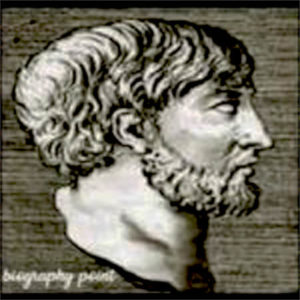 Anaximenes viewed that the air is an intrinsic and fundamental substance of the universe. Every substance in the world is depending on the condensation and rarefaction of air.

He described that the fire, water, earth and even our soul and our breath is divine air. He was a pioneer to demonstrate that the whole universe is governing by physical law.

He belonged to the material monism school of thought. Anaximenes was first to reveal the clear distinction between the stars and planets and delivered the scientific theories about natural events such as thunder, earthquakes, etc.

Anaximenes was born in 585 BC in the ancient Greek city of Malitus, located in Ionia(Modern day Turkey). According to the ancient biographer of Greek philosopher ‘’Laertius Diogenes’’ Anaximene’s father named Eurystratus.

Theophrastus noted that Anaximenes was a student and assistant of Anaximander (Prominent philosopher of Milesian school of thought)and also a pupil of Thales and Parmenides of Elea.

He was the first western natural philosopher. Any ancient written sources about Anaximenes do not provide the entire life and the dates of birth and death.

Air is a primary substance and all other substances in the universe are made by air. Anaximenes concluded that the condensation and rarefaction are the basic processes of this doctrine and when air condenses then it will become change into the cloud, then rain, then earth and then stones.

According to this doctrine, the basic and fundamental thing is air which makes all the physical universe even our divine breath.

According to his philosophy of condensation and rarefaction, things were organized and shaped under the influence of cold and expansion of air.

When air is rarefied it will expand and transform into a fire and when contract it will transform into other solid condense material and give rise to all the material of the physical world.

The principle of the universe totally depends on the impact of natural forces on air and obey the doctrine of condensation and rarefaction. Air can produce all things and everything is air at different degrees of density.

When air thinned or rarefied it becomes fire and when it is condensed or contract it becomes wind, cloud, water, earth and then ultimately stones.

This theory of change reveals that the existence of everything comes from the changeable property of air into different materials.

Using two opposing processes of condensation and rarefaction, this theory of change explains how air is changed into different materials.

The change of fire to stone is the property of air to travel this path by condensation and the travel of reverse path from stone to fire by the process of rarefaction.

Anaximenes was first of Milesian triad who provided a doctrine of change but the contemporaries of Anaximenes like Anaximander of Malitus gave no scientific or empirical reasons for the theory of change and not supported it by observation.

But Anaximenes used the process of observation and described the process of felting.In this process, the wool is compressed to make felt which is changeable and can take new form when it is compacted or condensed.

Anaximenes gave this experimental observation to support this idea of change. He believed that the thinner air will be hot and the denser air will be cold due to the expansion and contraction.

Anaximenes believed that our earth formed by the previously existing matter in the universe. Initially, the earth as a flat disk and the fundamental substance to form the earth was air by a felting process.

He also explained that the burning bodies arose which gradually changed into heavenly bodies. The earth, moon and heavenly bodies like sun seem also to be flat bodies and these bodies float on the cushion of air.

Anaximenes believed that the stars are fixed to this surface like nails and stars are like blazing leaves which floating on air and the sun is rotating around the earth.

Anaximenes explained other natural processes like thunder and lightning appear due to wind breaking. before Anaximenes, Greeks believed that the lightning and thunder came from God Zeus.

The formation of the rainbow due to the result of the rays of sun falling on mist or clouds. He gave the idea of hail formation by frozen rainwater and earthquakes are caused by the earth cracking when it dries out due to the lack of moisture.

This theory supported the idea that there is only one substance from which all the existing substances are made. The world is the modified form of only one real substance that is everywhere present.

Anaximene’s theory of air would come to influence other Greek philosophers. His theory of rarefaction and condensation was further developed by Heraclitus and criticized by Parmenides of Elea.

By using the doctrine of air, Diogenes of Apollonia gave his own monistic theory and Hippocrates emphasizes that the air is the main cause of disease.

Anaximenes gave the idea that the breath is divine air which is also similar to other Chinese concepts of ‘’qi’’ and the Hebraic concept of ‘’ruach’’ which means the connection of wind and soul.

To what purpose should I trouble myself in searching out the secrets of the stars, having death or slavery continually before my eyes?
The earth is flat, being borne upon air and similarly the sun.Moon and the other heavenly bodies which are all fiery.Ride upon the air through their flatness
The mighty main sea is the begetter of clouds and winds and rivers
4.3/5 - (6 votes)