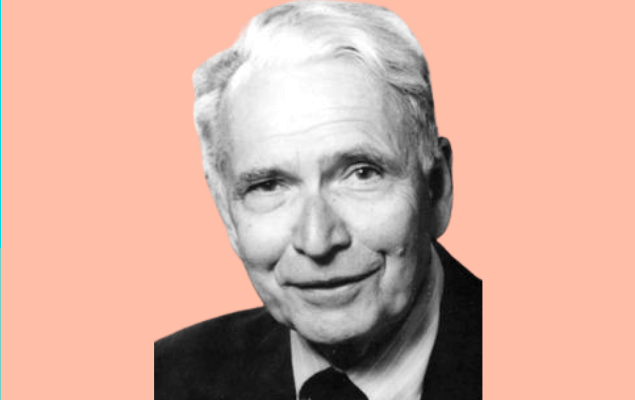 Erwin Chargaff was an Austro- Hungarian born American biochemist who discovered the DNA double helix “base ratios” and its fundamental role in the coding of genetic information when he was working at Columbia University, USA. Erwin’s base-ratios work was subsequently interpreted by Francis Crick and James Watson with the help of stereochemistry. After this study, it was interpreted that the “base-pairings” is eventually considered as the fundamental feature of DNA double-helix structure and this feature plays a pivotal role in DNA precise duplication.

Erwin Chargaff preferred himself a cell chemist because of his chemical practices in his empirical work on biological sample. When James Watson, Francis Crick and Maurice Wilkins introduced the double-helix DNA pattern and were nominated for the 1962 “Nobel Prize” then Chargaff felt cheated because this research was completely based on their work. He won many awards but was never nominated for Nobel Prize. The discovery of DNA was the emergence of the new biological field which is nowadays known as Molecular Biology.

On 11TH of August, 1905, Erwin Chargaff was born in the town of Chernivtsi (present-day Ukraine), the multicultural provincial capital of the Austro-Hungarian Empire. He was born to Hermann Chargaff and Rosa Silberstein Chargaff and this family was considered as an Austrian well-educated Jewish family. His father was the owner of a small bank and after being deported in 1943, Erwin’s mother Rosa Chargaff was disappeared. In early life, Chargaff grew up with his younger sister named Greta. He faced speaking difficulty at an early age and initially took a long time to speak properly. 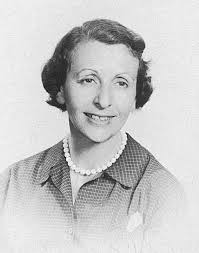 When Erwin was at the age of five, his father faced a financial crisis due to bank embezzlement. After the broke of World War I in July 1914, Erwin and his family moved and relocated to Vienna. When World War I began, Chargaff’s family was enjoying vacations at a resort that was situated near the Baltic Sea then his family decided to move to Vienna instead of returning home.

Erwin Chargaff was at the age of 9 when his family came from Chernivtsi to Vienna. Meanwhile, He went to the Maximiliansgymnasium (now it is known as the Gymnasium Wasagasse), which was considered one of the best schools in Vienna. He studied Latin and Greek and read western classical literature in this school. He also joined the Boy Scouts of Maximiliansgymnasium.

After that, he went to the Vienna College of Technology to studied Chemistry in 1924, and in this College, Erwin met with Vera Broido who become his future wife. He received a doctorate degree in analytical chemistry from the University of Vienna in 1928. His doctorate thesis was supervised by Fritz Feigl at Spath Institute. Erwin’s doctoral work was revolved around the “organic silver complexes and the reaction between azides and iodine”.

He was confused and disillusioned about what to choose and then he decided to choose Chemistry because he thought that this subject would be helpful to get a good job at the factory of alcohol of a rich uncle.

Erwin had a problem to speak properly at an early age but he was a god gifted at learning the new languages and he mastered approximately fifteen languages. In the year of 1928, Erwin married to Vera Broido and they had only one son named Thomas Chargaff. 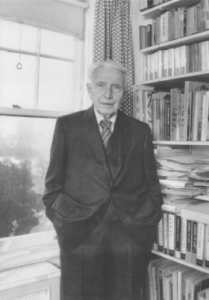 When he arrived in America, he faced pending deportation. Erwin spent few days on Ellis Island that was the busiest immigration station of America. The inspection team noticed the title of doctor with his name albeit he immigrated here on a student visa. That thing was suspicious in the eyes of immigration office and he spent few days on Ellis Island immigration station. After that he rescued by Johnson who was a Chemistry professor at Yale University.

During this time, he discovered two branched-chain fatty acids. Erwin also studied about the Tuberculosis bacterium in this same University. He learned the new research methods in Bacterial Chemistry and despite his experience in empirical scientific work, Erwin was nominated for the job in America but he rejected this offer and returned to Europe due to culture shock and the great depression.

Chargaff stayed in United States until 1930 and subsequently he moved to Europe. From 1930 to 1933, he joined as an assistant of Chemistry in the public health department of bacteriology in the Berlin University. Erwin Chargaff considered these two and a half years (1930-1933) in Berlin University were the best years of his life. 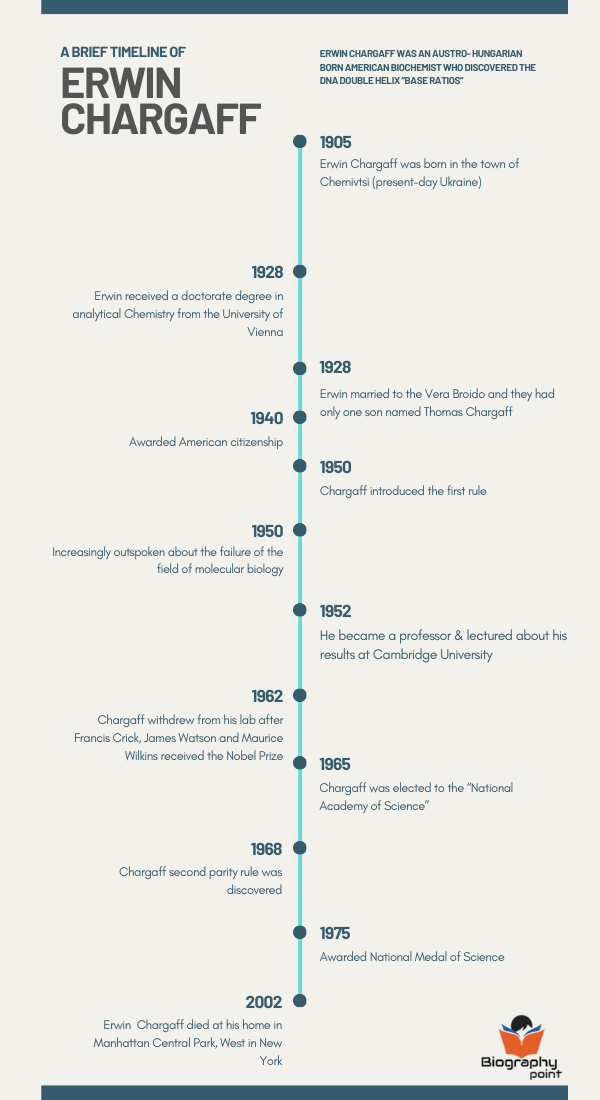 In 1933, Hitler came to power in Germany. Erwin Chargaff was however a Jewish and the new Nazi policies of Hitler were against the Jews community. To save his life, Erwin leaved Berlin immediately and relocated to France where he joined the Pasteur Institute in Paris. He moved to Paris and started work on polysaccharides and bacterial pigments.

He served this position for two years and later he witnessed racism in Paris. The foreigners were being recalled as term “métèque” that was a derogatory word somehow used for the people of Southern European origin. He turned again to Manhattan, New York City in 1935 and eventually able to join as a research associate at Columbia University’s department of biochemistry.

He worked on the blood coagulation chemistry and published countless scientific research papers. These research papers were commonly related to the biopolymer nucleic acids, such as deoxyribonucleic acid (DNA). He started his lifelong career at Columbia University and stayed here in his remaining life and awarded American citizenship in 1940. He became an assistant professor of biochemistry in 1938.

Erwin’s nomination to full professorial statues was delayed due to the outbreak of WWII until 1952. He became a professor in 1952 and from 1970 to 1974, Erwin Chargaff served as a chairman of the Department of Chemistry and retired as a professor emeritus of biochemistry. After his retirement, he shifted his research lab to “Roosevelt Hospital” and continued his research work until 1992.

When Erwin was working in Columbia University, he used the chromatographic techniques to study the nucleic acid such as DNA. In between 1936 to 1948, he conducted research and turned their main focus on blood coagulation. In 1944, when Chargaff was researching on blood coagulation then he heard about the research of Oswald Avery and his associates to discover new genes that were composed of DNA.

Oswald and his colleagues conducted this research at the Rockefeller institute, New York. The experiment that was conducted to discover genes is known as “the Avery–MacLeod–McCarty experiment”. Oswald Avery and his research associates concluded that the genes are made up of double-helix DNA.

After to know about the Oswald and his colleagues experiment, he turned their whole focus into DNA and decided to further work in this particular domain. He was also inspired and influenced by a book “What is life?” that was written by a quantum physicist Erwin Schrödinger in 1944. In this book, Schrödinger introduces that the human genes are code- script of heredity.

Erwin started work on DNA with colleagues including Charlotte Green and Ernst Vischer. During this time, Ernst Vischer and Charlotte Green used partition chromatography technique to separate the DNA into individual component for further analysis on ultraviolet spectrophotometry.

After experiment, the results were showing that the DNA makeup is different from one species to another species. The initial results of their research were completely rough and subsequently they got astonishing results. 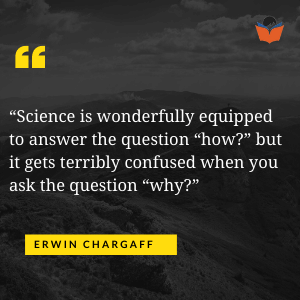 Now Erwin shifted their whole focus on DNA bases and he thought that the DNA is somehow resemble to a moebius strip. He thought that if this strip divide from the middle into two parts then the topology would transfer the parent molecule into the resultant parts.

A German biochemist Albrecht Kossel had already studied about the chemical composition of nucleic acid and awarded the Nobel Prize in Physiology in 1910. He was pioneer in the study of genetics and stated that DNA is composed of four bases: adenine, guanine, thymine and cytosine.

By 1949, Erwin turned their all focus on DNA bases and discovered that DNA have different proportion of bases in different species therefore species are phenotypically different in their appearance. Before this Chargaff discovery, Phoebus Levene was an American biochemist who stated in his work that the DNA proportions of bases did not differ and always remain same.

Erwin Chargaff introduced two rules in this life and these set of discoveries are commonly known as Chargaff’s rules. These rules suggest that the DNA of any species should have an equal ratio of purine and pyrimidine bases such as 1:1.

In his first parity rule, he stated that the DNA contains an equal amount of adenine and thymine. Likewise A: T, the ratio of guanine and cytosine is also equal. The four bases are present with different quantities in human DNA. The percentage of adenine=30.9%, thymine =29.4%, guanine=19.9% and cytosine= 19.8% is present in human DNA.

Erwin Chargaff had won several honors and awards but he was never nominated to get the Nobel Prize. He won a lot of medals including:

Chargaff was also elected to the “National Academy of Science” in the year of 1965.

He wrote several scientific papers approximately over 500 publications and essays were published in journals. Some of his prominent and stupendous published works were:

‘Heraclitean Fire: Sketches from a Life Before Nature’ (1978)

Erwin married Vera Broido and had a son named, Thomas who was born in New York in 1939. After the death of his wife in 1995, Chargaff spent last years in his apartment library. On June 20, 2002, he died at his home in Manhattan Central Park, West in New York. His age was ninety-six. He was buried in “Mount Carmel Cemetery”, New York where his wife Vera and sister Greta were also buried in the same graveyard. 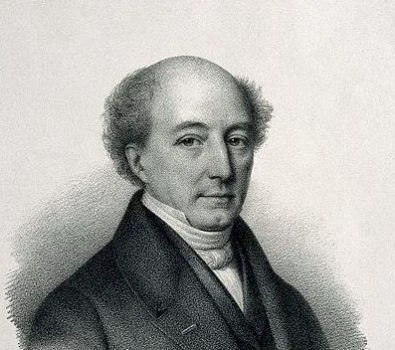